Well, there’s a lot of doom and gloom going around…

Gigs getting cancelled, so much uncertainty. Worrying about friends and family, and on and on.

So, introducing MaLuLa (Marie, Lucy & Laure), a trio of cheerful, chirpy songbirds to look at the light side of things (and give ourselves some creative momentum):

What am I doing with my ‘quarantine time’ I hear you ask? Well, for one thing, sorting through a lot of old paperwork, deciding what makes it into the scrapbooks and what gets thrown away; also, I had already started writing a family history, so my kids can know some things about their eccentric ancestors, so there’s that to work on.

I ran across this old article, written over 20 years ago, to publicise a very good cause. My (now, sadly, late) husband and I put together a show to raise funds for Leukaemia Research. Observe carefully how we name-drop with aplomb:

On an evening in November 1994, in a crowded studio in New York City, Laure Meloy and Kevin Harkins did just that. Laure, an American soprano, was performing in an experimental opera, when Kevin, a British entrepreneur visiting New York to attend a business exposition, took a night out to hear “something different.”

A mutual friend introduced them at a post-performance reception…and they were married only three months later, in February of 1995. You might not think that terribly unusual, except that Kevin returned almost immediately to England, and the couple didn’t see each other again for more than a month, when Laure was persuaded by Kevin’s frequent telephone calls to fly over and celebrate Hogmanay in Scotland with some of Kevin’s friends and family.

She returned to New York in the new year wearing an engagement ring, and flew back to Scotland in February to marry Kevin “over the anvil” at Gretna Green. It was a real elopement: Laure’s own mother (who had not even met Kevin at this point) was only informed after the fact by telephone. The only dark cloud on the horizon was Kevin’s diagnosis with Chronic Lymphatic Leukaemia (CLL) around the same time as his engagement to Laure. Naturally, this came as a big shock to them both, but they were determined to go ahead with their wedding plans, as well as continuing to pursue their respective careers.

After a more public wedding ceremony in New York (so Laure’s Mum could finally meet her new son-in-law!), the couple went on honeymoon to Cartagena, Colombia, where they found they were staying at the same hotel as the cast and crew of the BBC mini-series ‘Nostromo’. Over the pool-side breakfast tables, they made the acquaintance of stars Albert Finney, Serena Scott Thomas and Colin Firth. On returning to New York, they realised that Laure’s career was beginning to take off: she had received a favourable notice in The New York Times, and had been offered a role in a European opera production which would tour in France and Spain.

A two month separation was difficult for the newlyweds, but they made up for lost time by spending a romantic Christmas in Paris. Laure’s tour experiences inspired the founding, in early 1996, of Gala Opera International, a concert opera company dedicated to bringing classical singing to small communities in the United States and the United Kingdom.

Kevin and Laure, Co-Directors, were in the midst of planning the inaugural concert tour, ‘The Three Sopranos’, when Kevin had to be hospitalised with pneumonia. The couple made the decision then that, after the English leg of the tour in July, they would remain in Britain so that Kevin could be under the full-time care of his primary consultant haematologist at West Cumberland Hospital, Dr. Nick West.

‘The Three Sopranos’ tour went well both in the US, on Long Island, NY, and in the UK, in Kevin’s part of the country, the English Lake District.

It went so well, in fact, that they were invited to sing at another venue on Long Island in spring 1997, and were invited back to the Lake District in October 1997 and again in 1998. Under the care of Dr. West, Kevin’s CLL was brought back under control, and the couple have now settled in the Home Counties area.

Kevin has given up his other business interests to devote all his energies to Gala Opera International, and to developing Laure’s solo career. Things have begun to pick up for her on this side of the Atlantic, singing roles such as Constanze in Mozart’s ‘Die Entführung aus dam Serail’, and the Queen of the Night in ‘Die Zauberflöte’. The latter earned her good notices in a production staged in London’s Holland Park, and will serve as her debut role with Opera North in January 1998.

She has also been invited back to New York to sing at the Lincoln Center Festival: in an expanded, fully-staged production of the opera she was singing when she first met Kevin.

P.s. In the spring of 1997, the sad passing of a young friend from Acute Myeloid Leukaemia started the couple thinking about something they could do to help. Inspired by the work of José Carreras in raising funds for leukaemia sufferers, they decided to stage another ‘Three Sopranos’ concert which, like the original ‘Three Tenors’ concert, would serve as a fund-raiser for leukaemia.

In association with the Leukaemia Research Fund, Gala Opera International will be presenting a ‘Three Sopranos’ concert in Carlisle’s Sands Centre on 6th June, 1998.

We managed to raise over £1,000 for the charity. And yes, this story made it into both the scrapbook and the family history. Well, my son has to know how his parents met, right?

After a little flurry of performances over the past few weeks, it’s time to dig in and practice repertoire for upcoming engagements in April, May, June, and July. It’s usually said that the performance is only the ‘tip of the iceberg’…most of our time as opera singers (or actors, or dancers, or anyone in the arts generally) is spent in preparation, practice, and rehearsal. Opera singers in particular are expected to turn up to the first day of a rehearsal period with their role completely memorised, a process which takes place on our own time, with some time (and money) spent in the teacher’s and/or coach’s studio; but mainly on our own, whether it’s in the home studio, rented practice space, or the snug of a local pub! It can be difficult trying to explain this to ordinary punters, who mainly want to hear about our past triumphs and upcoming appearances (wouldn’t it be nice if that was all there was!), and don’t really get all the weeks or months of ‘I’m spending most of my time practicing and learning new rep…’

So here are a few of the things I’m preparing for at the moment:

All photos by Paula J Garside

Trotting out a bit of Miss Havisham’s Wedding Night for this appearance at the Chariton Light Festival:

Come and join the wedding party!

And so we begin the final year of the 2nd decade of the 21st century! (In other words, the ‘teens are over and now it’s the new roaring twenties.) Here’s a little pictogram illustrating the highlights of my ‘teens’:

Queen of Night made way for Adès, Adès and more Adès, with a little (non-Flute) Mozart sprinkled in for good measure, plus a (Olivier Award winning) bit of Tippett’s King Priam, and the (HPR International Art Song Contest winning) One Art project: CD, Recital, and Cabaret/Opera. #sopranolife #twentyteens

2019 was a year of new music, passion projects, and experimentation!

ONE ART, the project I started in 2014 with my company Femme Lunatique Productions, continues to evolve, with a new song setting added to the mix, the premiere performance of a ‘recital’ version of the piece, and the London premiere of the monodrama at the Tête à Tête opera festival:

‘This was brilliant! I really loved how you – with well-judged amounts of humour and pathos – told this story.’

‘Fantastic show, perfect marriage of form and content, and I loved your voice. A pitch-perfect lightness of touch that was devastatingly poignant.’

I participated in passion projects of some of my colleagues and friends, most notably Wonder Woman by Jamie Moore, which garnered this notice:

‘A song cycle written by Jamie [Moore], performed by the ensemble and sung by Laure Meloy…a soprano with an open, expressive face, and an off centre stage presence…she was never less than engaging. A tremendous singer…the audience were held, almost not daring to breathe. The contrast of a trained soprano and a jazz(y) backing is something I’ve seldom encountered, and it’s sensationally successful, certainly on this occasion.’

Other appearances were as soprano soloist in the Icon Theatre Chatham Witch site-specific performance piece, and leading a panel discussion about opera and gender balance, as part of the inaugural Fat Lady Opera mini-festival.

My development as a Wagnerian is gaining traction, with contracts for 2020, 2021, and 2022 (Brünnhilde, Ring Cycle) in the works and a London concert planned for next July, ‘Heroic Voices’.

All the best for the holidays and a very happy New Year!

A friend of mine (an immensely talented singer, artist, and maker of beautiful things, as well as an advocate, activist, writer, and actress) reminded me recently in her blog that many, if not most, of us singers do more than one thing to earn a living. Whether it’s temping or restaurant work to keep us afloat in our student/apprentice years, teaching and part-time jobs during slow patches once we’ve had a little luck later on, or running a second business or ‘side hustle’ parallel to our singing career, even quite successful artists find that singing doesn’t always pay the bills; and/or doesn’t completely feed our need to be creative, fulfilled and in charge of something in our lives (being a singer can make a person feel very dependent on others: for employment, direction, career guidance etc.) 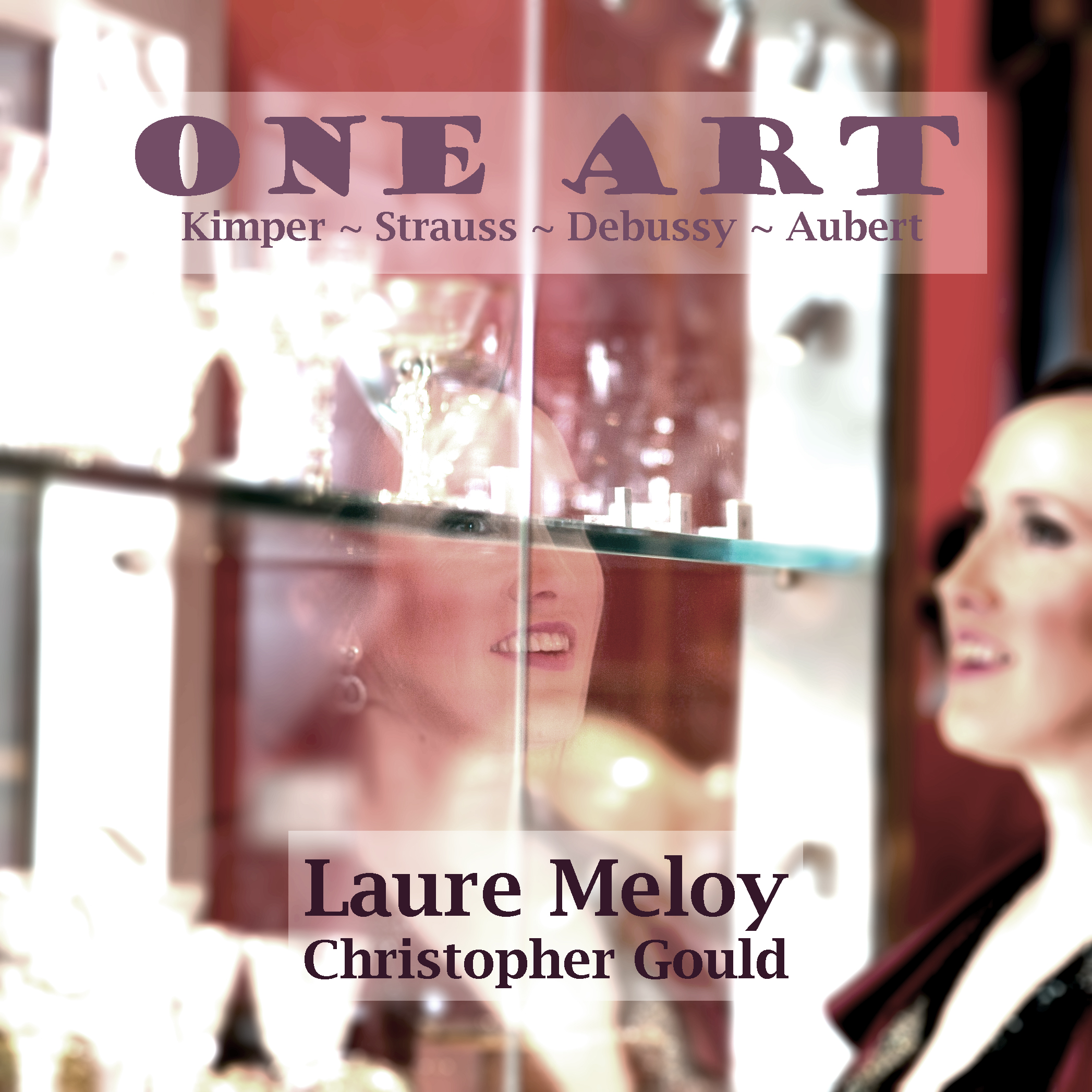 But. (There’s always a but!) We have also been made to feel that admitting to this fact is admitting failure. That a ‘real singer’ (whatever that means) would never need to do anything else, and would definitely never want to do anything else. Sure, write your memoirs (or have them ghost-written) after you have retired from the stage. Ditto for teaching: be asked by the most prestigious conservatoire in your country to be on the faculty, or barring that, do some well-publicised masterclasses.

Being an entrepreneur somehow doesn’t fit the popular image of being a Diva.

My friend exhorted all us moonlighting warblers to ‘fess up, proudly, to what we do ‘on the side.’ So, I’m coming out of proverbial closet: I’m a singer, and also a teacher of singing, a writer, a business/personal coach, a keynote speaker, artistic director of Femme Lunatique Productions, and, most recently, a jewellery designer and maker. (Check our the Merch page on this website!)

Much is being said about the new ‘gig’ economy arising for the next generation. We singers have been surviving that way for a very long time!

A little snippet of The Chatham Witch, produced by Icon Theatre, Chatham, on site at Fort Amherst:

Lots of fun (and intriguing) things coming up this month:

The Tiddly Proms on the 14th at Leonardslee Gardens: 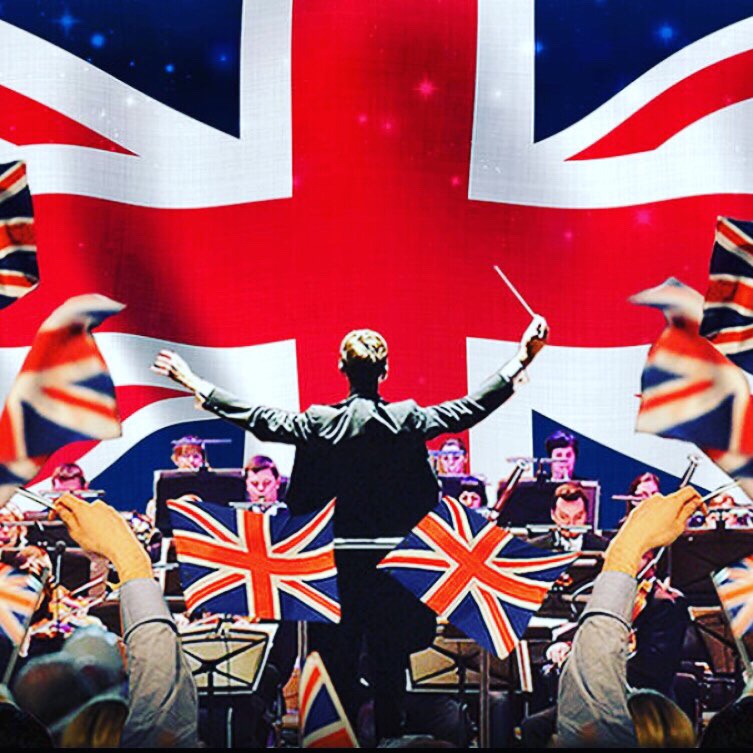 Singing some new music 19-21st as part of The Chatham Witch project:

And discussing/demonstrating on a panel for The Invisible Opera House – Is Opera Gender Neutral? on the 26th: